As close as it gets to flying, the sensation of floating on powder snow as you soar down silent mountainside is the ultimate alpine experience.

With the right equipment, techniques and terrain, you can cross the resort boundaries to a dizzying world of untouched powder on our off-piste ski holidays.

All about ski lifts

What is off piste skiing?

Some use the words ‘off piste’, ‘freeride’ and ‘backcountry’ interchangeably for any skiing or snowboarding on ungroomed terrain, beyond the ski resort markers. Others differentiate the terms, with ‘off piste’ being the terrain just off the sides of pistes, ‘freeride’ referring specifically to snowboarding off piste and ‘backcountry’ meaning the terrain further away from the ski area, accessed by hiking, snow cat or helicopter.

Most ski resorts have off piste skiing to some degree, but the best ones have a range of terrain including marked, ungroomed runs, lift-served off piste and hikeable backcountry. Ski schools offering avalanche courses, powder lessons and mountain guiding are on hand to help skiers and snowboarders of all levels. See the grid below for the best ski resorts for off-piste worldwide and by country. 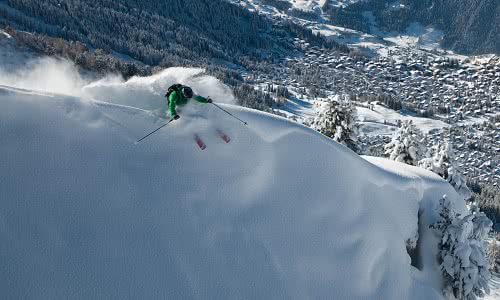 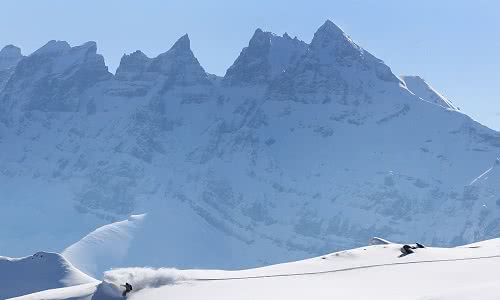 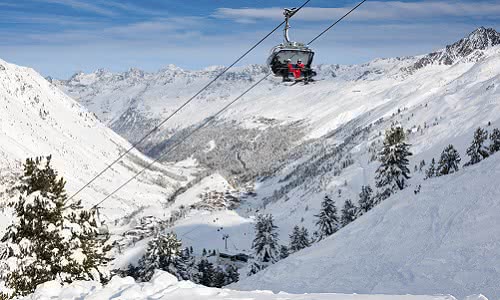 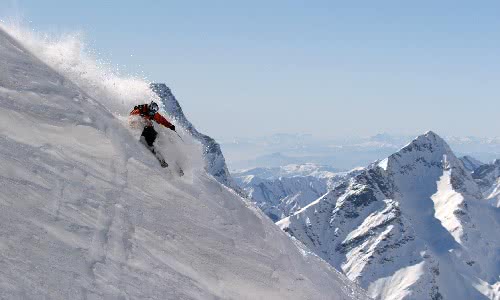 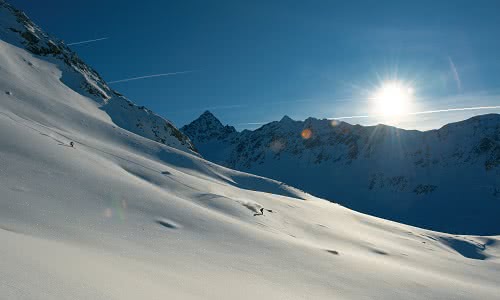 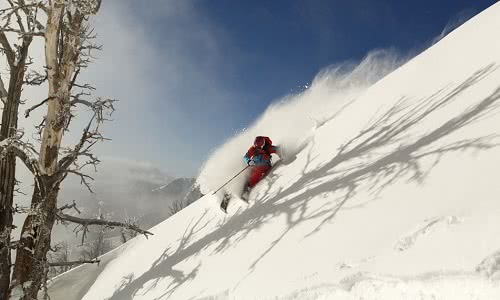 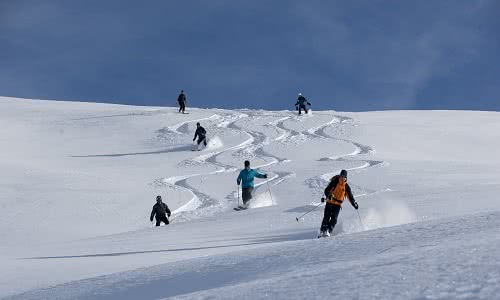 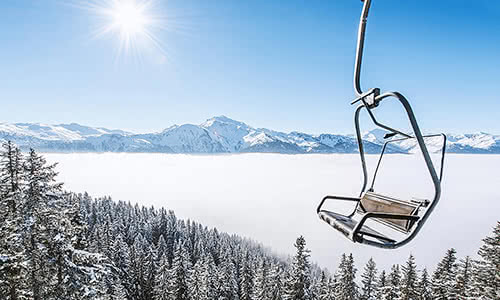 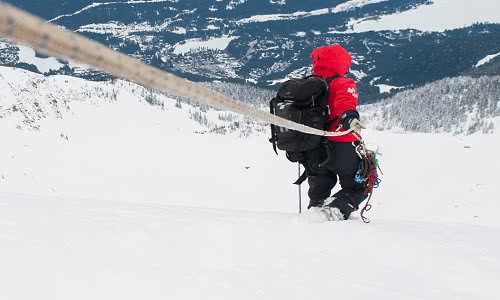 How to ski off piste

Assess conditions and risks at the avalanche information point, and if conditions give you the go ahead, plan your route before you set off. Wind, snow conditions and temperature all affect off piste skiing, so a mountainside can be completely different from one day – sometimes one hour – to the next. Bring all the essential backcountry gear. Warm up on marked but ungroomed, slope-side and lift accessed terrain before hiking further afield. Whatever you do, never go off piste alone - enrol on an off piste course for pointers or hire a mountain guide for directions.

Helmet: a must for mountain safety, especially when you’re coming close to rock faces and cliffs.

Splitboard: snowboard than can break lengthways into two skis, so snowboarders can skin up the mountain then snowboard down.

Skins: strips of material (a bit like carpet) that you can fix to the bottom of skis or splitboards to grip the snow and help you climb up a hill without sliding backwards.

Powder skis: these are wider than normal skis that make it easier to ski on top of powder.

Avalanche beacon / transceiver: safety device to wear in case of avalanche, when set to transmit, it sends off a radio signal that rescuers can use to locate person under the snow by switching to ‘receive’.

Probe: this is a pole that can be assembled in order to poke into the snow and quickly find someone buried under the snow after an avalanche.

Shovel: a lightweight, collapsible shovel will let you dig yourself or someone else out of the snow following an avalanche.

Air bag rucksack: an avalanche rucksack (like ABS rucksacks) has a built-in gas cylinder and airbag. If caught in an avalanche, you pull a cord on the bag and it inflates, helping you to rise above the snow rather than being pulled under.

How to ski powder

Make big, rhythmic turns, using your whole leg including your thigh – not just feet – and pole planting. Embrace the pace – speed helps you stay on top of the terrain, so connect turns fluidly without hesitating. Keep skis closer together (but not touching) which helps spread pressure evenly across both skis, rather than shifting weight from one to the other. Weight should be kept slightly forward. Powder can slow you down, and strange as it sounds steeper slopes can sometimes be easier to ski as they let you build up a momentum. Powder can also hide obstacles, so be constantly ready to adapt your route for rocks or bumps.

Avalanche: a mass of snow rapidly falling down the side of a mountain.

Avalanche control: the use of technology to trigger avalanches safely before they’re set off by skiers and snowboarders.

Backcountry: usually just another word for off-piste; sometimes referring to the terrain that’s harder to reach than usual off-piste or used as another word for ski touring. Basically, terrain beyond the normal boundaries without avalanche control.

Big mountain skiing/snowboarding: dramatic and creative tricks and descents like cliff jumps and huge drops – the kind of stuff you see in films.

Cirque: a steep mountain basin created by a glacier

Cliff Huck: ski or snowboard jump off a cliff.

Cornice: sometimes called a windlip, this is a ledge of snow formed by wind.

Couloir: French for corridor, like a chute but generally steeper or narrower for top level skiers and snowboarders.

Crevasse: a dangerous hidden crack in a glacier.

Fall-line: the fastest path down a mountain, if you let go of a ball at the top of the descent, the fall-line is the route it would take.

Headwall: a steep cliff at the end of a glacial cirque or valley.

Heli-skiing: having a helicopter drop you off on a remote mountaintop/side for an untouched powder descent.

Itinerary/ungroomed run: slopes that are avalanche protected but ungroomed, a way to sample off-piste skiing safely within the main ski area.

No-fall zone: part of a mountain where a fall would cause serious injury.

Off piste: the area away from the groomed ski runs and markers.

Sidecountry: off piste / backcountry easily reached from the ski resort.

Ski mountaineering: climbing the mountain’s rocks, ice walls and couloirs and then descending on skis.

Ski touring: often called backcountry skiing in North America, where you keep your skis on and use skins to scale the mountain and ski down remote terrain well beyond the usual ski resort boundaries.

Spring snow / corn snow: a late season snow condition where the freeze-thaw cycle has left the snow is coarse, wet and heavy.

Which are the best off piste ski holidays?