Geneva International Airport (code: GVA) is also known by its French name Genève Aéroport and occasionally its former name, Cointrin Airport. It’s been used for commercial flights since 1922 and on last count, operated with 58 different airlines to connect passengers to over 140 destinations worldwide.

This is Switzerland’s second biggest airport with the country’s longest runway. Location-wise, this airport is one of the best - if not THE best - for skiing in Europe. Positioned where southwest Switzerland meets eastern France, it has excellent rail and road connections to a number of Swiss, French and Italian ski resorts.

Best ski resorts within an hour and a half of Geneva

Best ski resorts within two hours and a half of Geneva

Where is Geneva Airport?

One of the main things we’re asked is, whether Geneva airport is in France or Switzerland. The answer’s Switzerland, but VERY near the French border, between the Swiss municipality of Le Grand Saconnex and the commune of Ferney-Voltaire in France. The airport’s so close to French territory, it’s able to have a French sector where passengers can land without needing to pass through Swiss customs.

The distance between Geneva airport and downtown Geneva (Switzerland’s second biggest city) is 4km. You can reach the city centre by rail in under 10 minutes.

When landing and taking off on a clear day, the views of Lake Geneva and the Alps are spectacular.

The airport has 2 terminals, Terminal 1 (aka T1 / main terminal) and Terminal 2, which is mainly used by charter flights during the ski season.

Terminal 1 is the newer and larger of the terminals and consists of five piers or concourses for arrivals and departures. Pier F serves as the French side.

Terminal 2 is near the P51 parking lot and can be accessed using the TPG bus - get off at ‘Tour de contrôle’ stop. You can also reach the terminal on foot. From the train station or main terminal, head to Arrivals floor and follow signs for ‘locations de voitures’ / car rental. From the exit, you can reach the terminal via a 200m walkway.

Airports aren’t usually shared between two countries, so people often ask i) what is the Geneva airport ‘French side’? and ii) is Geneva airport in France or Switzerland? Being in Switzerland but right by the French border allows the airport the unique feature of having a French side as well as a Swiss side. The Swiss side is the larger of the two and used for international flights. The French takes up one fifth of the main terminal and was initially opened so that people could reach destinations in France without having to go through Swiss customs (though this is now less of a hassle than it used to be).

As for how to get to Geneva airport’s French side - if you’ve arrived in on an international flight, follow signs for ‘destination France’ once you reach check in level (after collecting your baggage and going through customs). Flights from within France will almost always already have landed in the French sector, just follow the signs to the French exit when you leave the plane.

When departing, if you’re entering from Switzerland, you can reach the French sector by following signs to ‘destination France’ from check in level. If travelling from France, access is via Ferney-Voltaire road. Look out for signs saying ‘Aéroport secteur France’.

How early to arrive at Geneva Airport

If you’ve already checked in, Geneva Airport recommends you arrive at the very least 1 hour before your flight is scheduled to depart, or 2 hours if you’re travelling over the weekend. If you’re checking in at the airport, give it at least 2 hours (3 for weekends) before the flight sets off. We’d suggest adding some extra time onto that for winter travel just to be on the safe side – there’s plenty to help you pass the time airside with shops to browse selling chocolates, watches, fashion and duty-free goods, besides all sorts of cafes, restaurants and bars.

Most of our ski holiday packages include transfers already, but if yours doesn’t there are numerous companies who offer transfers independently.

Where they pick you up and drop you off will differ from company to company, so check with the provider you’ve booked with.

Taxis can drop you outside check in level and collect you from outside arrivals. Last time we checked, the pick-up fee for taxis at the airport was CHF 1.50.
Uber operate from the P4 car park, by the Montreux Jazz Café.

Car rental is available both in the airport’s Swiss and French sectors. Often you will need to return your vehicle to the side you hired it from, so make sure to leave time for this (though sometimes it’s doable for an extra charge).

In the Swiss sector, the rental desks can be found at arrivals. Usually you’ll need to return your car to the P51 car park, but check with your provider.

While hiring from the Swiss side is usually the most efficient, most people find lower prices when hiring from the French side. You can access the French sector even if you’ve landed in the international part of the airport - follow signs to ‘destination France’ after you’ve collected your baggage, go through customs (who might want to see your car hire contract) and rentals are in a building next to arrivals. Vehicles will often need to be returned to the P21 car park, but double check with the company you’ve hired from.

This is one of Europe’s best-connected airports and has its own train station - Genève-Aéroport – which links the airport to the Swiss rail network and other train stations in Europe. Access from Geneva Airport to the city centre (Geneva-Cornavin station) takes under 10 minutes by train. Trains connect the airport to Swiss ski resorts including Verbier, Nendaz, Saas-Fee, Wengen and Zermatt.

Buses depart from the Check In level, near the rail station. There are bus links to the city centre as well as to French ski resorts including Chamonix, Courmayeur, St Martin de Belleville, Val Thorens, Les Menuires, Courchevel, Meribel, Les Arcs, Val d’Isere, Tignes, Morzine, Avoriaz and Les Gets.

The GVApp is available in English on iOS, Apple watch and Android and lets you follow the status of your flight and navigate through the airport. It also gives live public transport and weather information.

GVAssistance are on hand for travellers with reduced mobility.

Besides the usual duty-free goods, Geneva airport’s shops sell a shedload of Swiss chocolate as well as jewellery, watches, handbags and electricals.

Premium Geneva provides a VIP service for arrivals and departures, including access to the Skyview lounge which offers food and drink, Wi-Fi and office facilities. You can also upgrade for services such as being escorted through private security and limousine transport to the plane.

The Swissport Horizon VIP lounge proposes a super smooth arrival and departures experience, with agents meeting you from the plane when you arrive or your car / at check in on departure. The lounge has food, drink and office facilities.

Where is Geneva airport?

Geneva airport is located 4km northwest of Geneva city centre in Switzerland, near the Swiss-French border.

What ski resorts are near Geneva Airport?

How do I get to Chamonix from Geneva Airport?

Most of our ski packages to Chamonix will include transfers from Geneva Airport. If you are making your own way to Chamonix, then the drive from Geneva is one of the most effortless journeys in the Alps. It is 63 miles of mainly motorways, so on a good day, you can drive to resort in an hour. If you don't want to drive yourself, then book a shared transfer with Ski-Lifts.

How do I get to Val Thorens from Geneva Airport?

The best way to get from Geneva Airport to Val Thorens is to book a ski package that includes transfers. Val Thorens is around 126 miles from Geneva. If the road is clear, you can get to resort in about 2h 30m by coach transfer.

How do I get to Val d’Isere from Geneva Airport?

How do I get to La Plagne from Geneva Airport?

How do I get to Zermatt from Geneva Airport?

Most of our ski packages to Zermatt will include transfers from Geneva Airport. Zermatt is a completely pedestrianised village; however, you can still drive to the resort from Geneva. Zermatt is 146 miles away from Geneva Airport, and the journey will take you around 3 hours by car. Alternatively, you could take the scenic route – the train is just shy of 4 hours, but it doesn't get much better than this if you want to take in the sights.

How do I get to Courchevel from Geneva Airport?

The best way to get from Geneva Airport to Courchevel is to book a ski package that includes transfers. Courchevel is 118 miles away, which takes around 2h 30m by coach transfer. If you are making your own way to resort, there are plenty of transfer companies that offer private or shared transfers. Try Alpy Bus, Ben's Bus, Swiss Taxi or Ski Lifts.

How do I get to Morzine from Geneva Airport?

If you're looking for an easy transfer for your winter ski trip, then it doesn't get much better than travelling from Geneva Airport to Morzine. The ski resort is 50 miles from Geneva Airport, and the journey usually takes around 1h 15m. Most of our ski packages will include transfers from the airport to resort, but if you are making your own way to resort, there are plenty of companies that offer private or shared transfers. Try Alpy Bus, Action Transfers, Rolling Road, Mountain Drop Offs, Powder Cab or Summit Transfers. 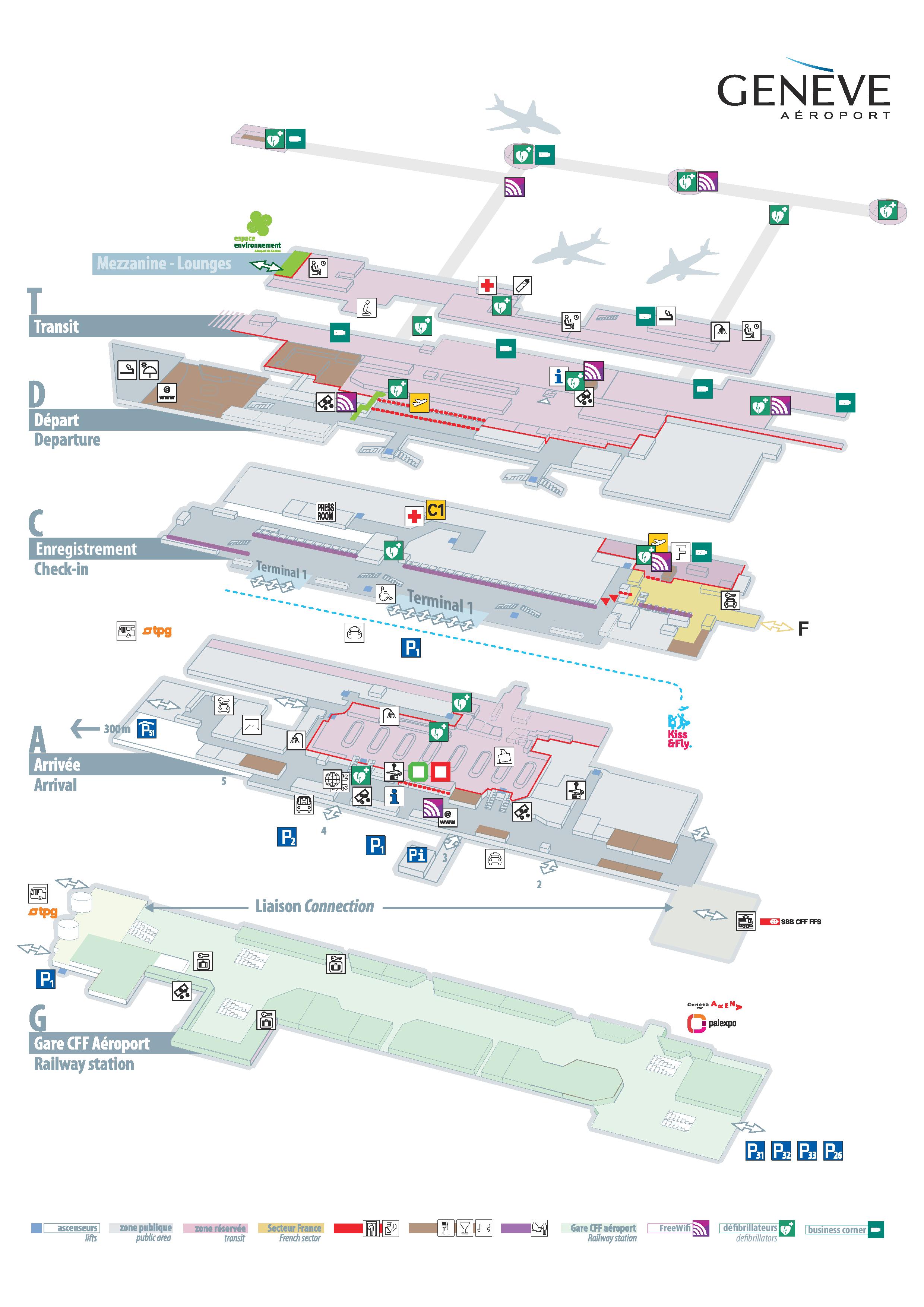