It’s been 15 years since 007 last hit the slopes, but Spectre sees Daniel Craig master the mountain in style. As you’d expect, Bond always visits the classic resorts whether he’s skiing, riding on a snowmobile blade or bombing down the hill on a broken plane. Here is the definitive list of James’s finest ski resorts – even if you haven’t spared a second thought for Spectre, they’re well worth experiencing.

The futuristic ICE-Q mountain restaurant only opened a couple of years ago up at 3048m on the Gaislachkogl – and it’s already made it to the silver screen in Spectre (2015). Starring as Dr Swann’s clinic, this is where Lea Seydoux is snatched by a terrifying Dave Bautista. A spectacular chase ensues along the Ötztal Glacier Road through the Rettenbach tunnel (the same one you drive along to reach the slopes on the glaciers). And when Bond’s plane wings snap off in a couloir – always a pain – the truncated aircraft toboggans into a chalet with splintering effect. Rumour has it Craig stayed in Hotel Bergland for the month of filming here – since the top floor could be secured against any potential Blofeld visits. Get the look with Tom Ford’s Quilted Shell and Wool Ski Jacket and Ski Wool-Twill Trousers (a steal at £1455 and £995 respectively in Selfridges), then head up to ICE-Q where thankfully they serve more than just health drinks in real life. 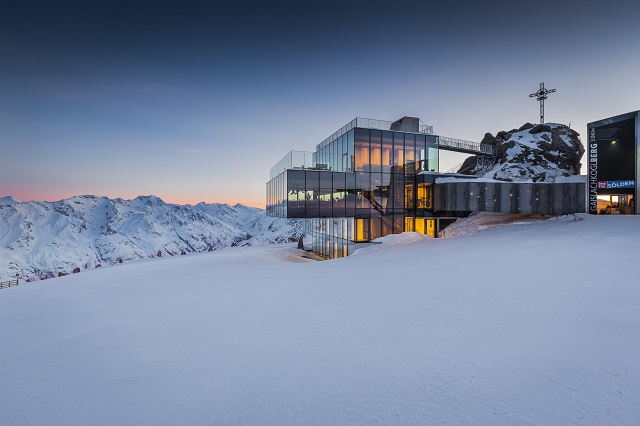 Cham plays the role of the Azerbaijan Caucasus Mountains in The World is not Enough (1999). Stepping in for Pierce as stuntman is champion snowboarder Tom Sims, while freeride goddess Francine Moreillon took to the mountain for Sophie Marceau. If you fancy schussing in their tracks, a guide will be able to show you the run: Known locally as the ‘James Bond Trail’ it flows over the Argentiere glacier all the way back to the Montervers rail station in resort. Then to Bar du Moulin for a shaken, not stirred tipple amidst sheepskins and classic ski art.

Way up at the top of the Schilthorn, the Piz Gloria rotating restaurant was the lair for arch Bond baddie, Ernst Stavro Blofeld in On Her Majesty’s Secret Service (1969). These days you can gobble up 007 themed breakfasts, looking out onto the Eiger, Mönch and Jungfrau and some 200 other peaks, while the whole place turns 360°. Then explore the BOND WORLD exhibition and Walk of Fame, before skiing Lazenby-stylie down the six mile Inferno run. Hopefully without an army of gunmen tumbling around you… Hats off to anyone who loses a ski and manages to equal those slick mono-skiing skills. The first bits of the ski chase scenes include clips of another first class resort, Saas Fee (which in a nice turn of events, also has a rotating restaurant up top, three s!xty). 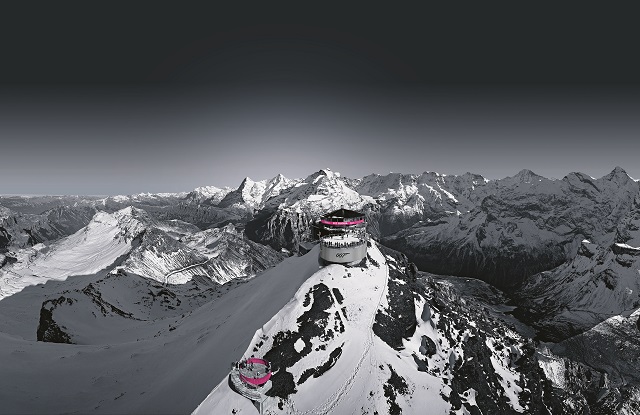 Roger Moor stares steamily from the balcony of room 108 at the Miramonti Majestic Grand Hotel in For Your Eyes Only (1981) – also the chosen lodging of Elvis and Brigitte Bardot back in the day. Cortina hosted the Winter Olympics in 1956, and a lot of the facilities pop up in the film. It all starts with the ski jump, followed by a dramatic chase along the Socropes area’s tree runs (including that domino ski lesson scene all learners dread) and a wild ski down the bobsleigh track. The ice rink also stars, alongside several appearances from those gorgeously craggy Dolomites. See them for yourself on a helicopter tour, but please don’t follow by example and wrestle the driver from his seat…

This Alpine classic has starred in a couple of the 007 films, but it’s always been as a body double for somewhere else: Austria in The Spy Who Loved Me (1977), and Siberia in A View to Kill (1985). A shame really, as somewhere with this much pedigree has Bond written all over it. The Corviglia area hogs the limelight in The Spy… (no having to worry about falling off the cliff though – that bit was filmed in Canada).

While the opening sequence of A View… features the Diavolezza area on the Morteratsch Glacier, starring world champ Mike Nemesvary. Ever the eco warrior, Bond recycles a skimobile blade to use it a snowboard, creating the first riding scene in Bond history. For a 007-worthy suite, book into the legendary Kulm (which saw the start of winter tourism in 1864) and steal your way into the gentlemen’s club for an invite onto the Cresta run. Did you SNO?: Both films star Roger Moore, who loves the white stuff so much he has a chalet in Crans Montana.

Though it doesn’t crop up in any films (yet…) Kitz has a played a big role in the life and times of 007. James spent a lot of his childhood there with Hannes Oberhauser – one of the main themes in Spectre – where he learned to ski. And it’s also where newly married Bond plans to take Tracy for their honeymoon before her tragic death in Her Majesty’s Secret Service. The town meant a lot to Fleming, who lived there for a while during Finishing School and often returned for a visit. We can just imagine 007 zipping down the Streif, on a car chase down the colourful Vorderstadt and lounging by the Schwarzer Adler‘s rooftop pool… 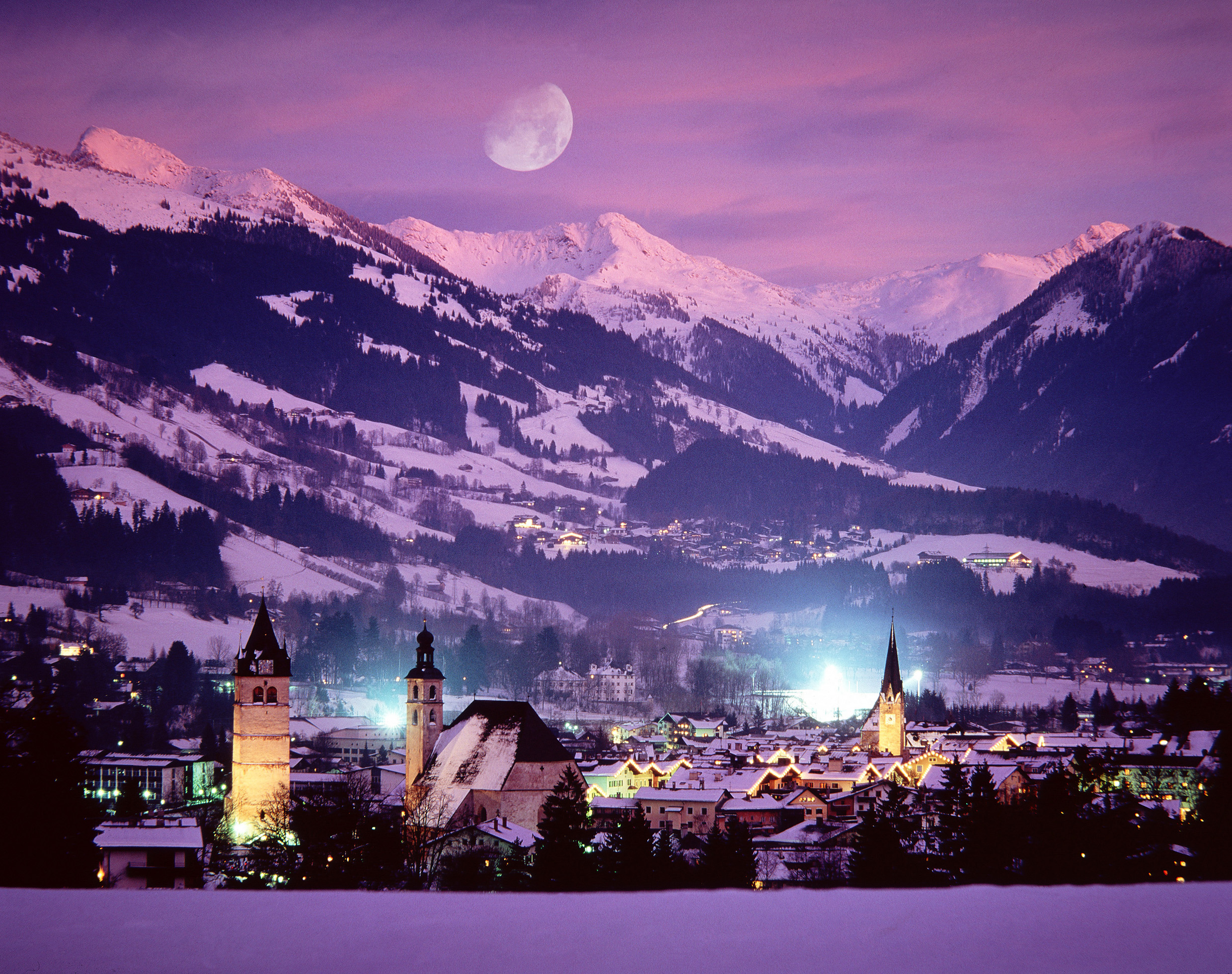 Where Ian Fleming lived and 007 learned to ski © Kitzbuhel Tourism

Want to ski like James Bond?  Q-Branch made this page which lets you search holidays in All 007 resorts at once!

Find your licence to thrill (sorry) on the James Bond ski holidays page.

HOT?.. SNO dreams of the COOLEST places on Earth 10 Festival-of-Light STUNNERS for Diwali!