The fact that there’s a day set aside to celebrate snowboarding shows just how much we love it, but in some mountains, snowboarders aren’t quite so welcome.

We tried to find out why! 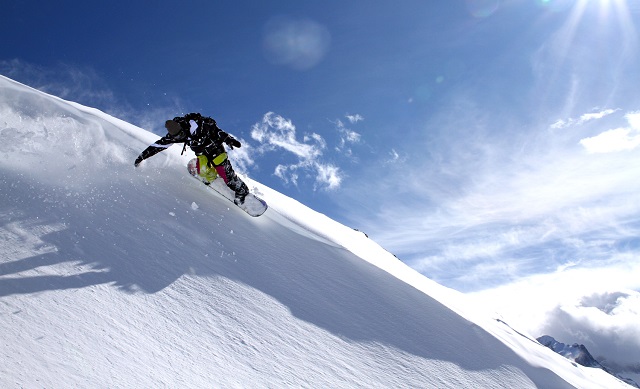 Les 2 Alpes wouldn’t be the same without snowboarders

And what are snowboarders doing about it?

Well for a start, they’ve been trespassing!  (sort of)

In 2007, Jake Burton encouraged snowboarders to take matters into their own hands and stage a protest. Nicknamed ‘poaching’, their idea was simple; ride at Alta, Deer Valley or Mad River Glen and catch your rebellion on film. Burton’s directives; stay safe, don’t break the law and ‘Always respect Ski Patrol; even if they tackle you’.

Almost a decade later and there are still boarders fighting to overturn the ban. The Wasatch Equality organisation in Utah are campaigning and patrolling social media to gain voices, using the tagline, ‘Share The Shred’.

Being the only ski resort on public land that bans snowboarding, Alta has had the most stick – imagine living in Park City and having two whole mountains out of bounds…  We spoke to a local legend who’s been doing just that for the past 15 years, Mica Brownlie who founded the famous Alta Snowboard Club:

“I started coming to Alta, Utah around 2000 and actually didn’t know they didn’t allow snowboarders.  The hotel I worked at would agree to supply a pass to either Alta or Snowbird (which is right next door).  I’ve been riding Snowbird ever since.  Loving irony, I decided we obviously needed a snowboard team in a resort that didn’t allow snowboarding.  It was a joke for years, then became an actual team and brand.

But it’s all in good humour.

Personally, I hold no animosity against Alta Ski resort and am not a crusader to get snowboarding allowed there.  If they opened, I would hold a pass and ride with my skiing friends but if I was forced to choose between Alta and Snowbird, I’d choose Snowbird for their terrain.” 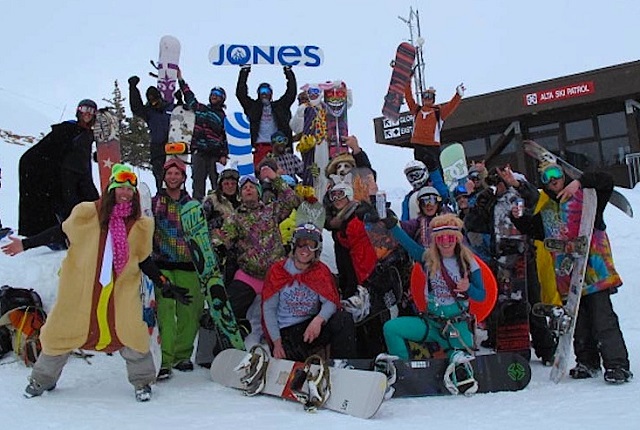 The so called rivalry between skiers and boarders is actually a camaraderie borne of mutual love of the mountains.

But maybe there’s a more simple business reason for the “ban”?  After all, even in a world where prejudice and elitism has faded, there’s likely still enough anti-boarding skiers left, to make it a real selling point… to be one of the last skiing-only mountains?

The line from Alta has been that it’s a simple business decision. 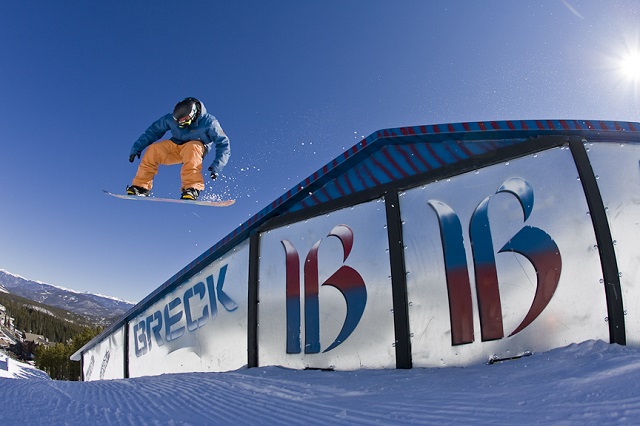 Breckenridge, where boarders are most definitely welcome

The fact that a resort could ban such a huge proportion of the snow-loving community seems bizarre now – we may struggle to share a T-bar, surely we can all share the mountain. 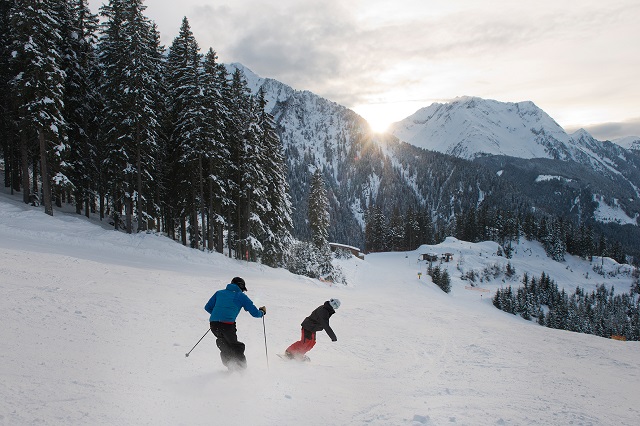 A skier and boarder in happy harmony, Mayrhofen

On World Snowboard Day, perhaps we should all tweet #loveSnowboarding to those last outposts of segregation?

Tell us what you think  &  SHARE  if you  #LoveSnowboarding